Why Junking Your Old Vehicles Helps the Environment

Why Junking Your Old Vehicles Helps the Environment

It’s not a secret that vehicles which run on fossil fuels are harmful to the environment. Data shows that, on average, a car emits 4.6 metric tonnes of carbon in a single year.

From here, it’s not difficult to imagine the negative impact on the environment all the cars running around the globe create. Moreover, it’s worth mentioning that one-fifth of all the emissions around the United States are vehicle-based carbon emissions.

So what’s the least car owners can do to save the environment?

Car owners should begin with junking their faulty or old cars responsibly. This won’t just be a shining star for your conscience but will make a considerable difference for the environment—as this blog will explain.

The toxic substances that cars emit into the atmosphere are called chlorofluorocarbons.

Many people think that holding on to their old cars even longer than their useful lives can be a good way to save money.

What these people fail to understand is that this holding on is actively affecting the environment. This is because older cars emit chlorofluorocarbons in a notably greater quantity than well-functioning newer cards. The emitting chlorofluorocarbons deplete the earth’s ozone layer.

As mentioned above, the quota of hazardous and toxic gases is higher for junk cars. This makes them an effective contender among the things that are resulting in global warming. An increase in global warming leads to drastic weather changes, as several parts of our planet are already facing deadly heatwaves. This could result in melting glaciers, fewer wet spells,  mass extinctions, and tsunami eventually, but we know it’s definitely coming. 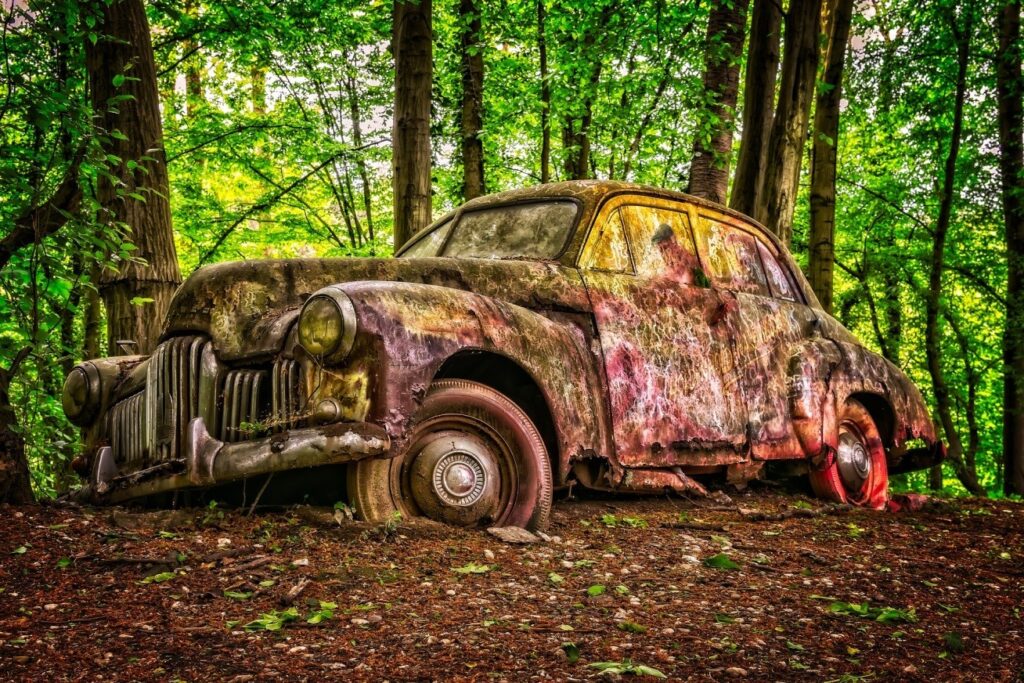 Most people think that junk cars lying idle in garages are harmless and cant cause large-scale damage. It may be the case for some cars, but leaking coolant, engine oil, brake fluid, and other liquids can seep into the earth and contaminate the soil. This eventually contaminates underground water reserves and increases the probability of disease or plague outbreaks.

Plastic and rubber are the two main elements in your car. Most cars’ bumpers, tires, interiors, and headlights are made of plastic and rubber. These elements don’t decompose. Leaving a junk car in a garage will only add to the earth’s already-full quota of garbage that isn’t expected to decompose for centuries ahead.

The best course of action to take for such cars is to recycle them. This will not only eliminate the threat to the environment but will ensure they are being used for a good reason.

Get in touch with Chips4Whips if you’re looking for an eco-friendly junk car recycling service in Memphis and surrounding areas.

About the Author: admin